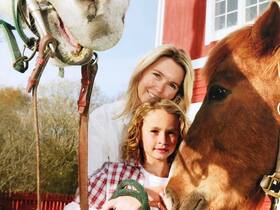 Mari Linnman,  Founder of The Art Farm Hamptons, The Art Farm in the City, The Riders and The Green School.
Growing up in Sweden, Mari spent every summer on her family’s farm helping with the farm animals. This was an experience essential in who she became and is part of her soul today.
At 19 she came to the United States to spend a year here as an au-pair. As you may guess, she never left.
At 29, after several years studying to become a physical therapist Mari felt a calling and decided to open up a summer camp in Bridgehampton.
The Art Farm was founded that year, in 1995, with a box of crayons, a horse, sheep, ducks, a barn... and three little campers. Its philosophy, back 23 years ago, was an organic, whole-child approach with a program of animal/human connection, farm-to-table food and organic gardens with a nature, discovery based curriculum. The camp grew to 400 campers/day and 100 employees. At 32 she had her first son, Jonas. The midwife had never seen anything like it, when she informed Mari that she had to schedule her for delivery, Mari answered, “I can be there Saturday, not tomorrow, I’ve got to pay my employees and come up with an art project for Monday’s camp.” She called one of her counselors, asked her to cover Monday, as she was going to Stony Brook Hospital to deliver her baby over the weekend, but planned to be back by Tuesday. Jonas is a remarkable boy, he took his first steps on his first birthday, where else, in the chicken coop.
In 2001, with Jonas as her 2-year old helper along with her business partner, Valentina VanHise, the Art Farm in NYC opened its doors, a nature-focused children’s educational center offering farm animals and reptiles in the middle of New York City.
During 2001 until 2005, as a single mom, Mari moved 6 times in 6 years, in order to afford living on the East End of Long Island. She kept her focus on her dreams and in 2005 Mari designed and built her Swedish Country House (Carl Larsson inspired). In the following years she added paddocks, a barn, and a garage and watched her dream turn into reality.
At 38, back in 2006, she started her non-profit, today helping children both internationally and locally. Jonas, her oldest son was only 6 years old when he participated at a charity event in Costa Rica bringing down 200 soccer balls and handing them out to the local children.
Part of who she is shows through all her businesses as a vital part of its philosophy ​is giving back.
At 41, in 2008, Mari gave birth to her second son Mattias. In 2009, The Green School was born, a picturesque cozy classroom in her barn constructed from 4 horse stalls. Her son, along with 11 other lucky children, started Pre-nursery and attended through Pre-K at The Green School. This year The Green School is celebrating 10 years. Mari has raised both her boys as a single mother. Jonas today, is 19 and studying at Pitzer/Pomona college in California. Pitzer/Pomona is known for its premiere environmental science program. Her younger son attends 4th grade at Sag Harbor Elementary School. For the last 5 years they have spent their winters in Costa Rica where they all surf together and enjoy the simplicity of a small surf town in the jungle. Mari believes in holistic medicine, organic food choices when possible, nature, and lots of time spent outdoors.
“Her older son Jonas at his senior high school midterm at The Ross School, shared that his biggest inspiration is his mother!” 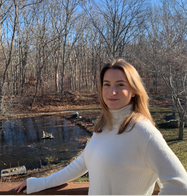 Brooke Monfort - Director
Hello, my name is Brooke Monfort and grew up on the East End of Long Island.
I have been part of the Green School Team since 2018.
I started working with the school as the Weekend Programming and Extracurricular Coordinator. I am starting as the Preschool Director in the 2020-21 School Year. Prior to joining the team, I worked in Medical Administration specializing in patient advocacy. I thoroughly enjoy the outdoors and feel that protecting and sustaining our environment is extremely important. I love the philosophy of educating children with an emphasis on natural living and exploring their environment. As a child, my favorite thing to do was adventure through the woods and dig in my neighbor's garden. It is an honor to be a part of an education system that shares this experience with children and allows them to flourish as individuals. I am excited for this new school year and look forward to meeting all of our Green School families! 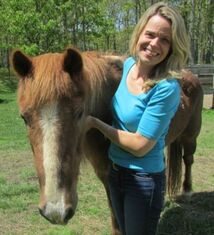 AnnMarie Regan - Head Teacher
AnnMarie has been with The Green School since 2009. She is a mother to Mikayla (The Green School Pre-K alumni) and teacher for 25 years. She is a NYS Certified Teacher with a teaching degree in Nursery through 6th grade, MS in Literacy Education K-12 and an English major as well. She has taught both Kindergarten and Preschool.

For several years she worked at a Nursery school preparing the children for kindergarten. She worked on letter, number, shape, and color recognition. Children also developed both gross and fine motor skills during movement and writing activities. Children leave Ms. AnnMarie’s classroom confident with the academic and social skills for Kindergarten. She has also taught Kindergarten, preparing children for first grade using a balanced literacy approach which included phonemic awareness and whole language. Children learn how to add and subtract with numeric awareness by using manipulatives. Ms. AnnMarie has received many compliments from local districts on how well prepared her students have been to forge ahead in their elementary years with great success. 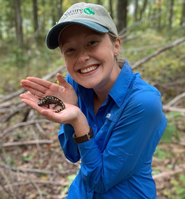 Sarah Bailey - Assistant Teacher/Animal Educator
My name is Sarah Bailey Novarro and I am very excited to be an assistant teacher and animal educator at The Green School. I grew up in the mountains of Virginia, where I spent most of my childhood playing outside and exploring the natural world. My experiences with nature as a child carried over into my adult life, as I received a bachelor’s degree in biology from the University of Virginia. As a student, I studied animals and the environment at a research station on the top of a mountain. My favorite animals to work with are reptiles and amphibians, with a special interest in snakes! Now, I live in a nature preserve on Shelter Island with my husband Alex, our hound Kali, and pet snake Curt. I have spent the last six years working in environmental education and recognize the important connection between growing children, animals, and the environment. I believe that nature is a classroom that can be used to unlock curiosity, creativity, and excitement. Working at The Green School is the perfect opportunity to share my passion for the environment with children, so that they too can develop a meaningful connection with the natural world. I am honored to play a role in your child’s early learning experience and look forward to meeting you! 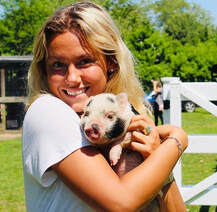 Julia Malmsten - Animal Educator
My name is Julia Malmsten, I'm 23 years old and from Gothenburg, Sweden. I came to New York 4 years ago to explore a new place and I have stayed since!
I am a senior working on my Bachelor's Degree in Marketing & Communications. I have spent time at The Green School since day one in New York four years ago and I have loved every second of it!
When I am not studying or spending time on the farm I love traveling. Every year I go to Cape Town, South Africa where I run a non-profit organization supporting an orphanage with school tuition. I also love surfing and therefore, I travel to Costa Rica every year which I call is the surf-paradise!
With the owner and founder of The Green School being Swedish and the school is partially inspired by the country, it has always felt like home being there!
Looking forward to meeting you all! 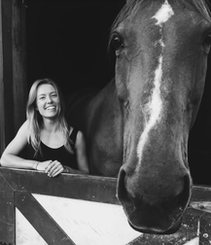 Morgan Anderson - Assistan Teacher/Animal Educator
Morgan Anderson grew up on Shelter Island surrounded by a wide variety of animals from horses to parrots and everything in-between. Her parents fostered a love of nature and it was not uncommon for islanders to come by with a wild animal in need of care. She got her first pony when she was five years old and riding soon became a passion. As she grew, so did her love of horses and the responsibility of horse ownership. At the age of twelve she got her Irish Sport Horse, Finley. Every morning she would walk to the barn down the road to feed, care for and turn Finley out before heading off to school. After school it was back to the barn for a trail ride or a lesson and sometime, usually after dinner, she would trudge back home. Weekends were filled with horse shows and hanging out at the barn. Summer jobs included working at a pony camp and managing a barn. After graduating from the University of Rhode Island with a Bachelor of Science in Communicative Disorders where she gained experience working in early intervention, she moved back to the area and bought a house in East Hampton. Her summer real estate job morphed into a full time position. Not wanting to stray too far from her passions, she spent her free time taking photos of the dogs at ARF, trail riding and spending time with her family and animals.
Morgan is passionate about animals and the environment, doing her best to live sustainably and make eco-friendly choices in her everyday routine.